During the 1914-1918 war men from the village enlisted, not all returned. The churchyard cross was restored as a war memorial in June 1921; it was unveiled by Colonel H. Cary BATTEN OBE, and dedicated by the Lord Bishop of Bristol. Survivors were welcomed home to a peel of church bells.

In fact two new monuments of Interest were erected in the church during the 20th century. Two wooden crosses brought from France hang on the walls of the tower, both looking as they might have looked when brought from the battlefield. The names of some of the heroes of the First World War who came from Abbots Leigh are inscribed upon them. In 1925, a new cross was put upon the ancient stone steps of the old preaching cross to commemorate those men from Abbots Leigh who fell in the 1914 - 1918 war. 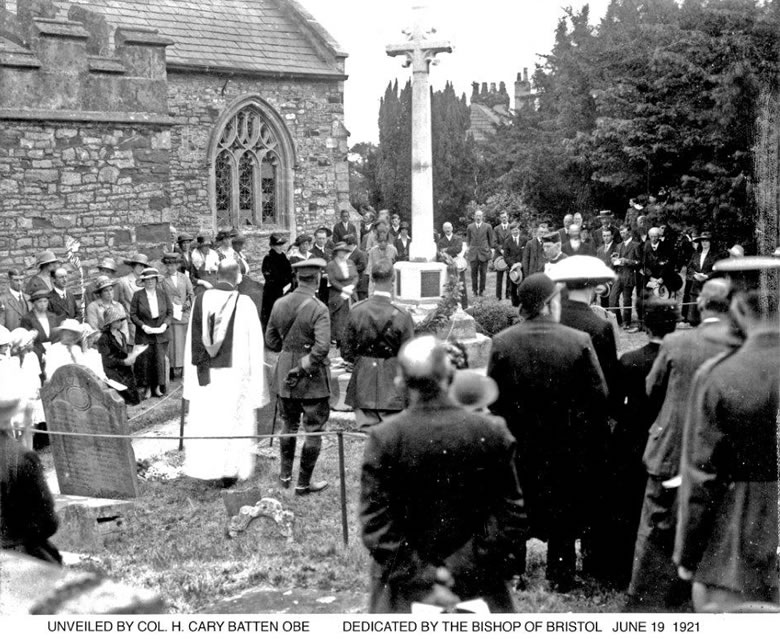 The consecration of the war memorial cross