Markham Brook runs from Failand, through Markham Bottom, under the 1855 Haberfield Bridge and from there down to Pill. From Tanpits to Pill the brook was the western boundary of the Abbots Leigh Estate and marked the edge of parkland which had in the eighteenth century been the deer park and hunting area of the estate.

The Abbots Leigh Estate took in a small area in Failand parish and at Tanpits (or the Tan Yard on Richardson’s 1800 map) there was a tannery – possibly belonging to St Augustine’s monastery in Bristol – sited on the Failand side of the brook. Oak was used to line pits into which brook water was fed and the oak bark leeched out tannins causing the animal hides to soften and thus become more durable. 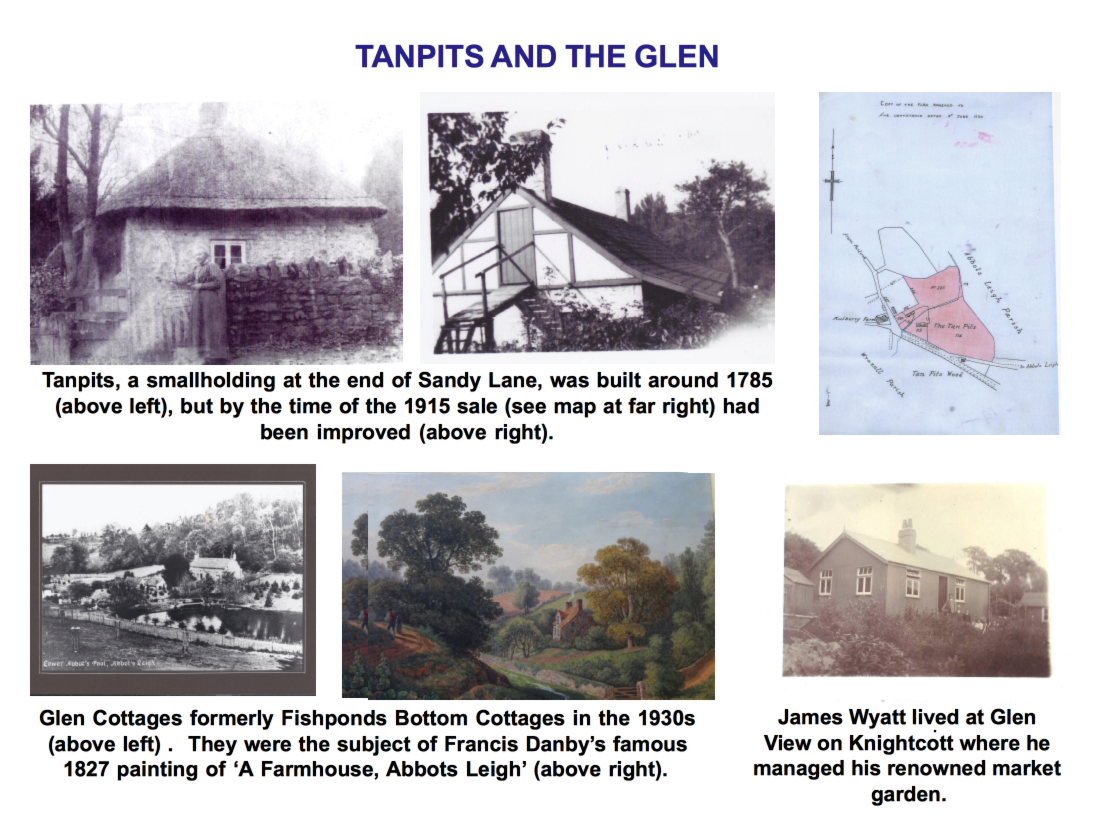 To the south-east of Tanpits was Leigh Down or Leigh Warren (the rabbit warren in the eighteenth century), whilst to the north was the 241 acre deer park, the hunting ground for the Norton and Trenchard families.  From the park to the Haberfield Bridge the Glen can be defined as the land between between Markham Bottom and Vowles Bottom.

In 1915 Melville Wills’ agent Wm. Cowlin advised him of "the best little sporting piece on the whole estate. It includes the ‘Glen House, Farm Buildings and Six Cottages, also the famous Abbots Pool." Wills bought this Lot and, after the sale, also bought out a number of other landowners in this area so that by the late 1920s he owned over 60% of the estate (Lots 5, 8-9, 18-19 and 23-29.

The sporting piece referred to by Cowlin was said in the sale catalogue to offer "an average season of 1,500 pheasants and 1,800 to 2,000 rabbits," and hunting continued until Wills’ death in 1941. Meanwhile, however, the 1930s saw the sale of land west of Poundbatch Farm with the consequent development of Glen Avenue, Dennyview and Knightcott (on part of which a market garden cottage called Glen View was built).